Indeed, this is the sister blog to the Tartine Bread Experiment. Head over that way for further inspiration!

The mystery of this pizza crust formula took some doing to unravel. You know, I tried so many flours and fermentation times, always ending up with something ok, but not memorable. Enter Giusto's 00 flour, and the whole game is changed up. This formula is a keeper. More than that. It's chewy and crisp and perfect. Totally artisan, if you will. 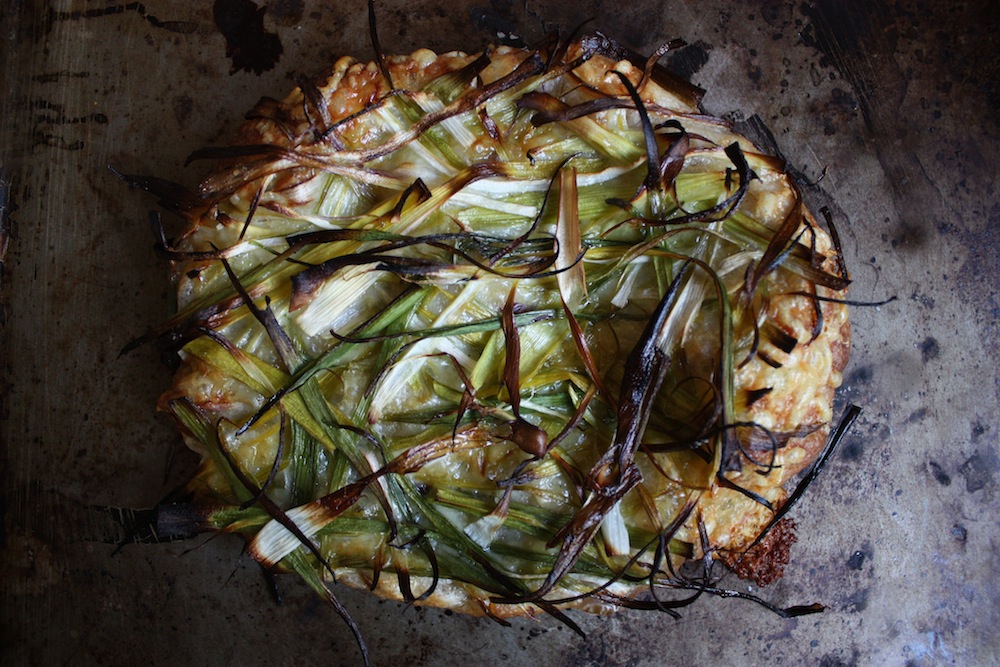 Below are some pix of some topping experiments, but I am providing no recipe for them, as a proper pizza is very personal thing. Some people like meat on their pizza, I can't abide by it (unless it's prosciutto). Some people toss rings of golden pineapple over their dough, I cannot fathom why anyone would ruin a good pie. So, I will leave the toppings to your fecund imaginations, but below are some of the pies I forged with friends if you are looking for new ideas. Now if I can just perfect my shaping, all will be right in my famished little world. 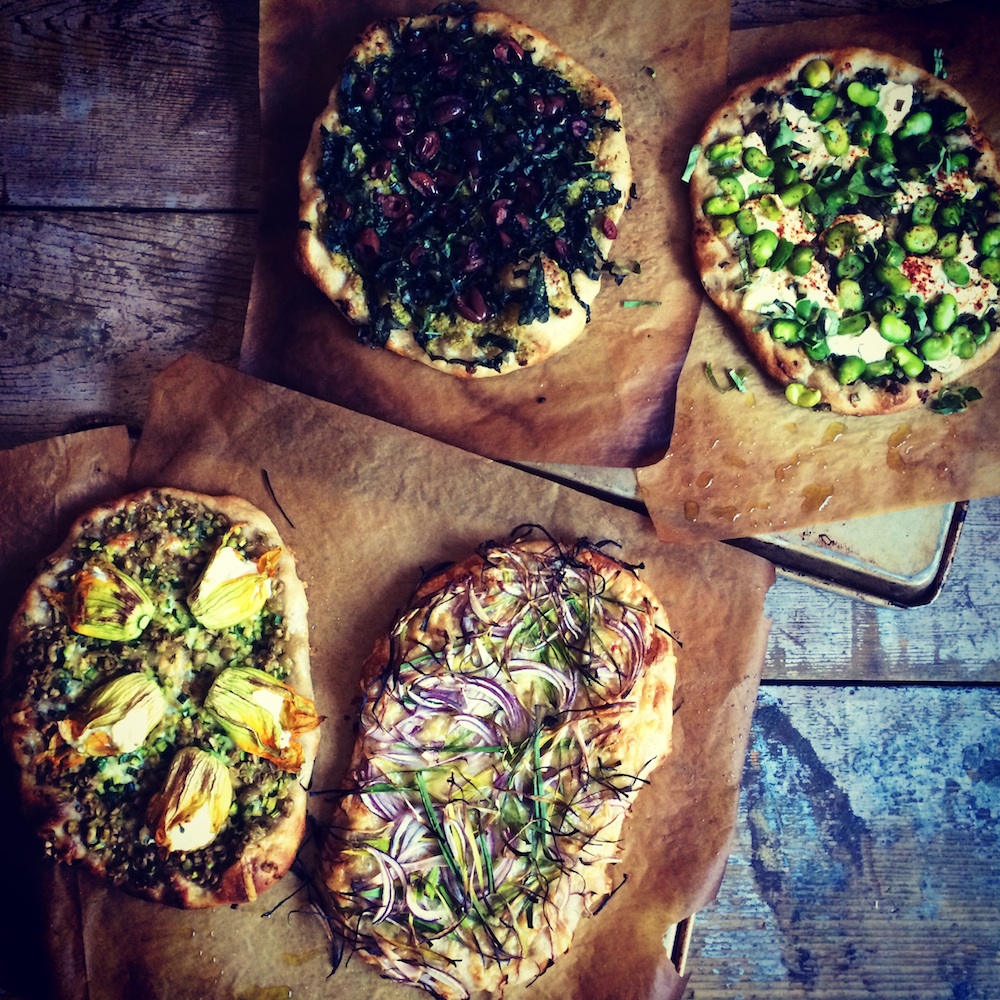 I have been away for a bit. Life, you know. But here we are, back at the page, and I can't think of a better way to pick up where we left of with a handful of fabulous pies. 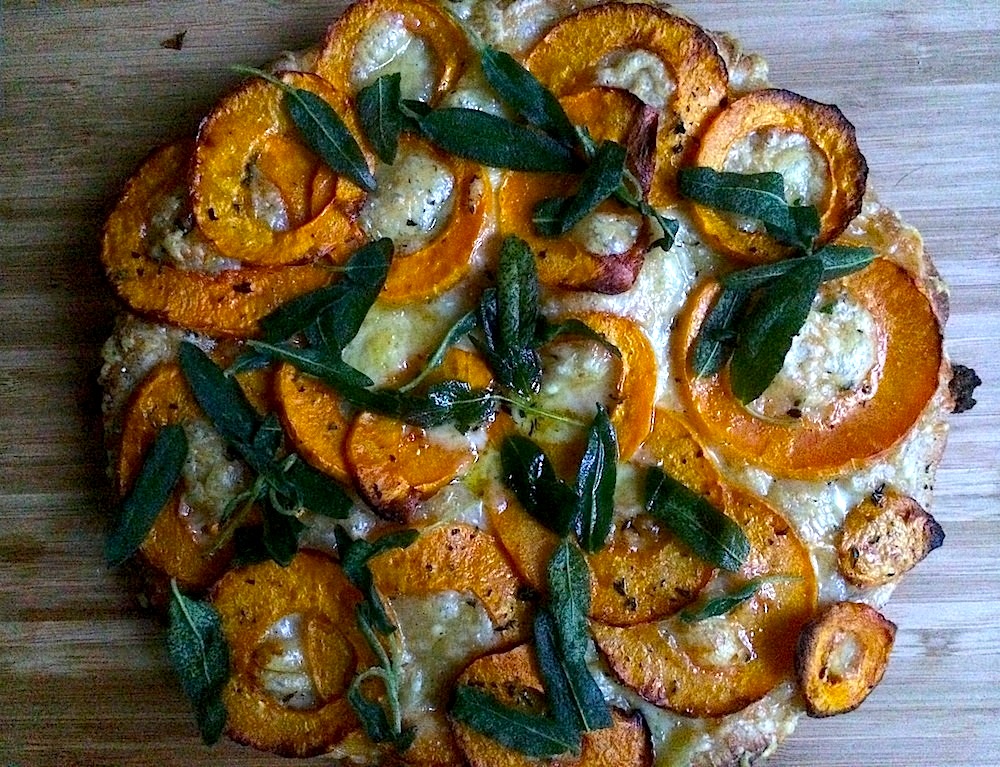 The day before you plan to make your dough, make a levain.

Mix together the above and ferment. Mine fermented for around 7.5 hours.

Mix up the levain, the flour and water. Autolyse for one hour. After the autolyse, squish the salt into the dough. When it is thoroughly incorporated squish in the olive oil.

Now time for the 4 hour bulk. During the first hour, turn the dough every 20 minutes. During the second hour, turn the dough every 30 minutes. For the final two hours, leave it unmolested. If it is very warm where you are now (over 75 degrees I would say), you can pop the dough into the fridge to finish out the fermentation. I made this dough twice. Once when it was cooler, once when it was warmish. I did the bulk fermentation at room temp when it was cool, and popped the second go round in the fridge for the final two hours of fermentation with fine results both ways. 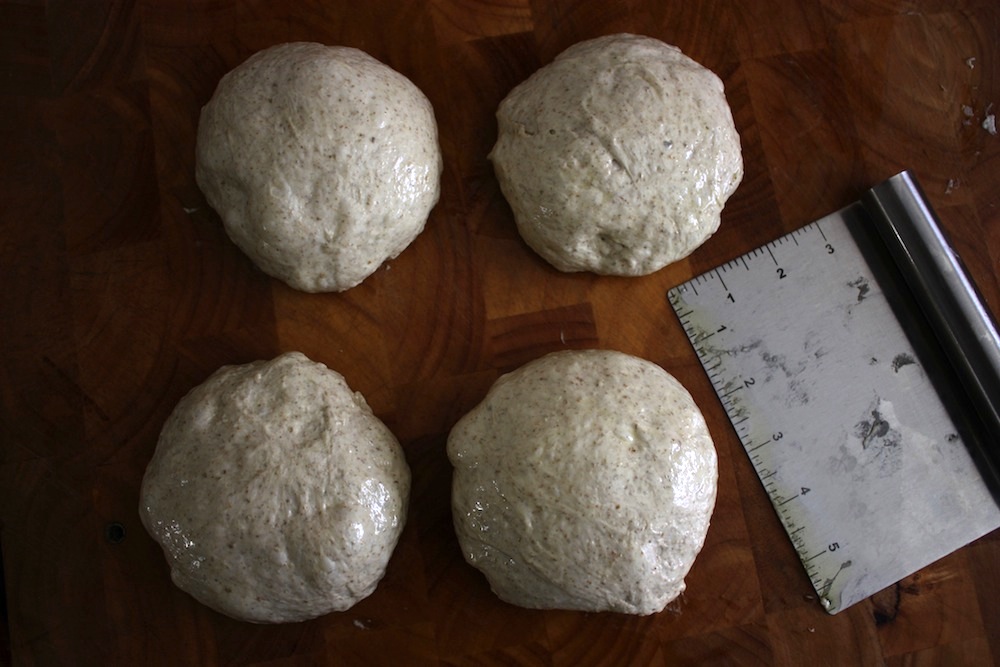 After the bulk, scrape the dough onto a work table that has been slicked with olive oil. Divide into 4 or 5 pieces, twist about into loose rounds and let it rest for five minutes or so. 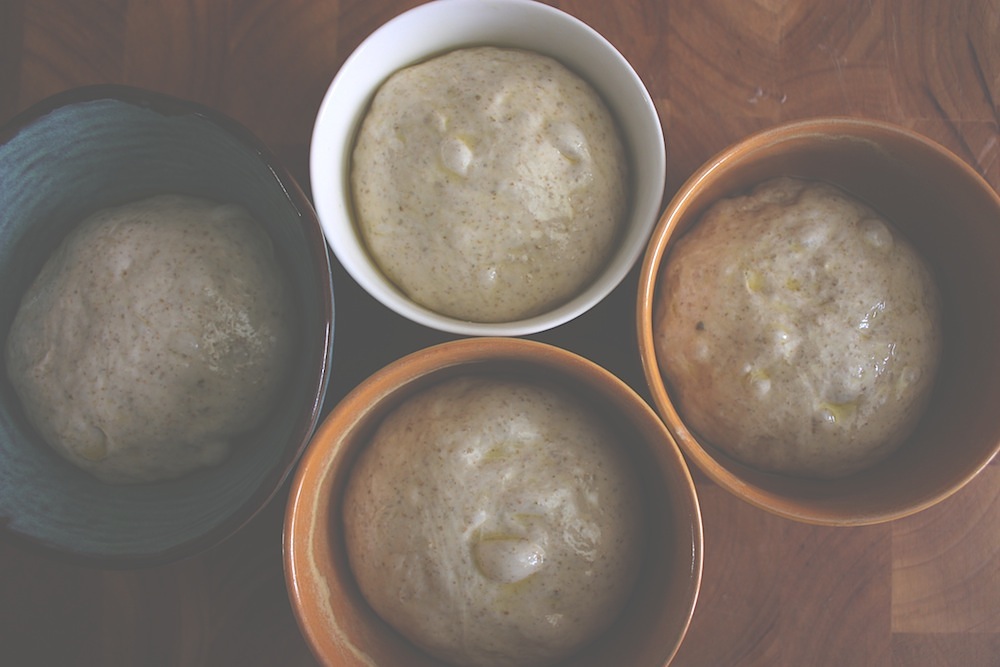 An hour before you plan to bake, preheat the oven to 550 degrees outfitted with your pizza stones.

After the final fermentation, pull out and shape into pies. I did this right on a large peel lined first with parchment. I worked two doughs this way, stretching them both out first, letting them rest for about 10 minutes before adorning them. I like my toppings to flow over the sides of my pizzas, but if you would prefer the more classic style with a rim of crust, then instead of stretching your dough to a uniform thickness, leave a raised perimeter around a depressed center and just fill the center with toppings. The edges will puff up nicely. 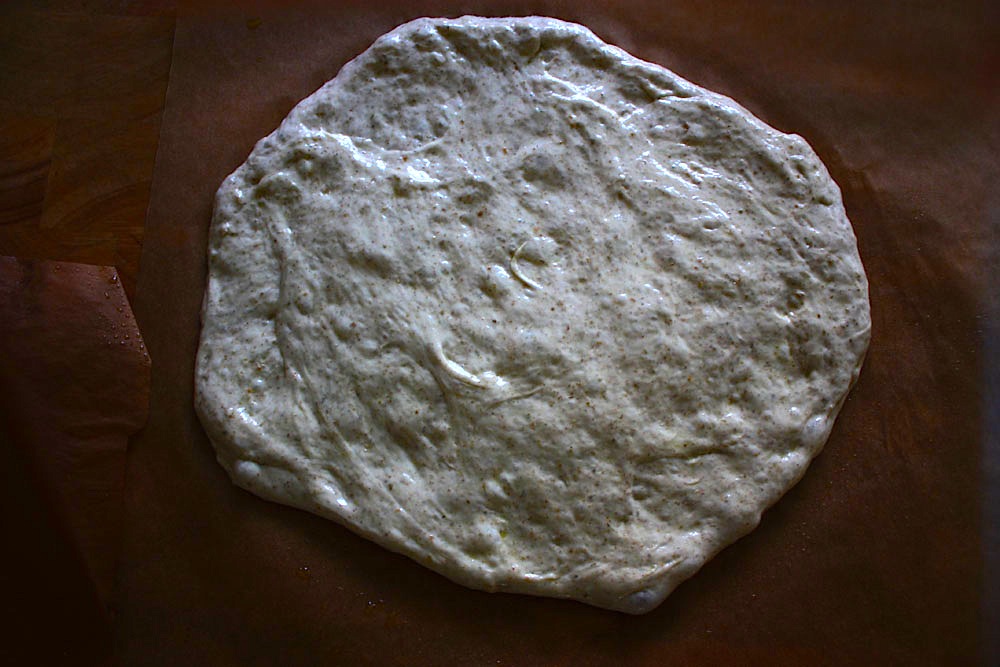 After adornment, I was able to slide the two pies into the oven at once, parchment and all, before moving on to the next round of doughs.

Bake until the edges are browned, these which you have obviously very generously brushed with olive oil just before popping them into the oven. You will have to rotate the pies at least once during baking. It's simple. Just grab a corner of the parchment (careful not to hit the sides of the oven with your knuckles. Ouch.) and flip it round from front to back in one go. No need to mess about with spinning single pies. 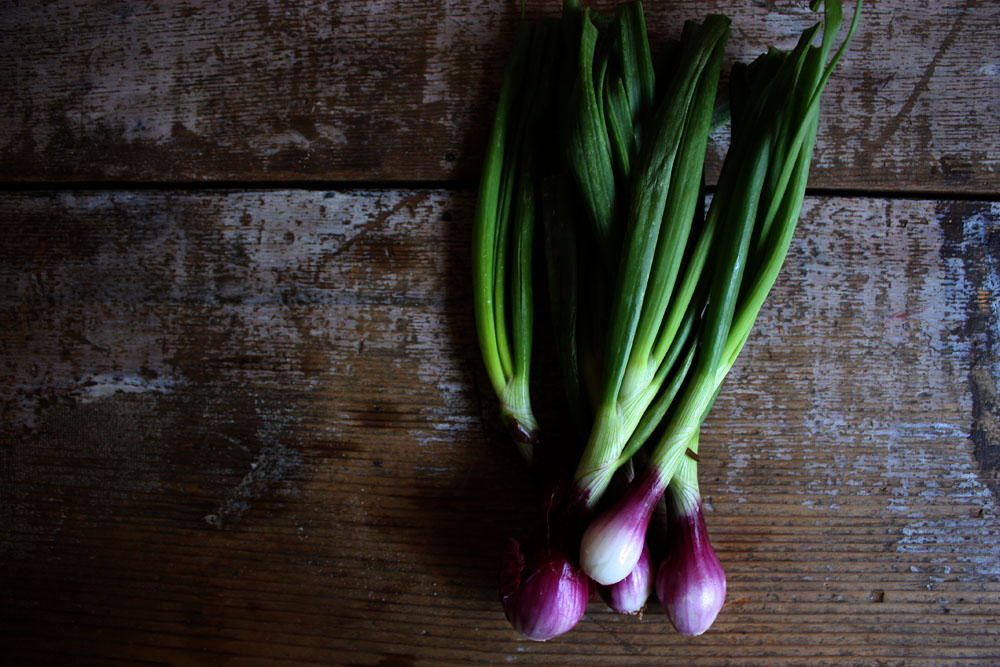 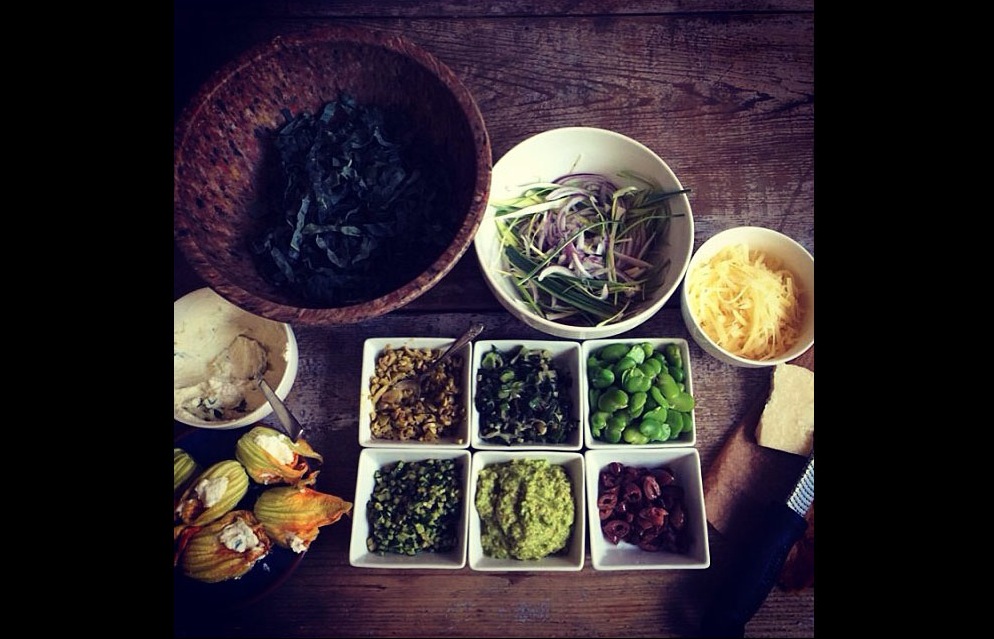 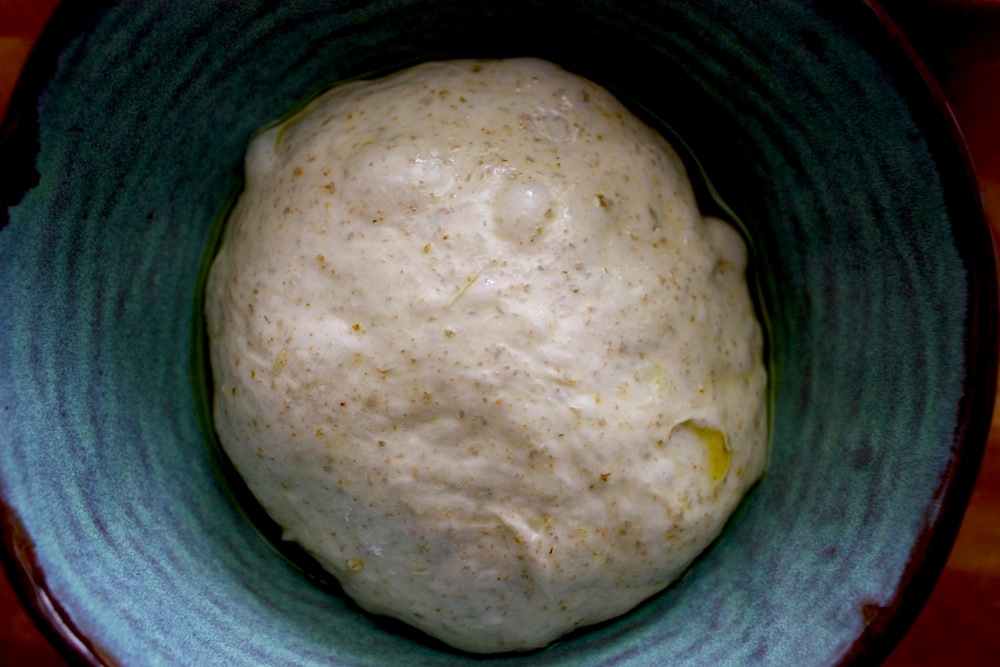 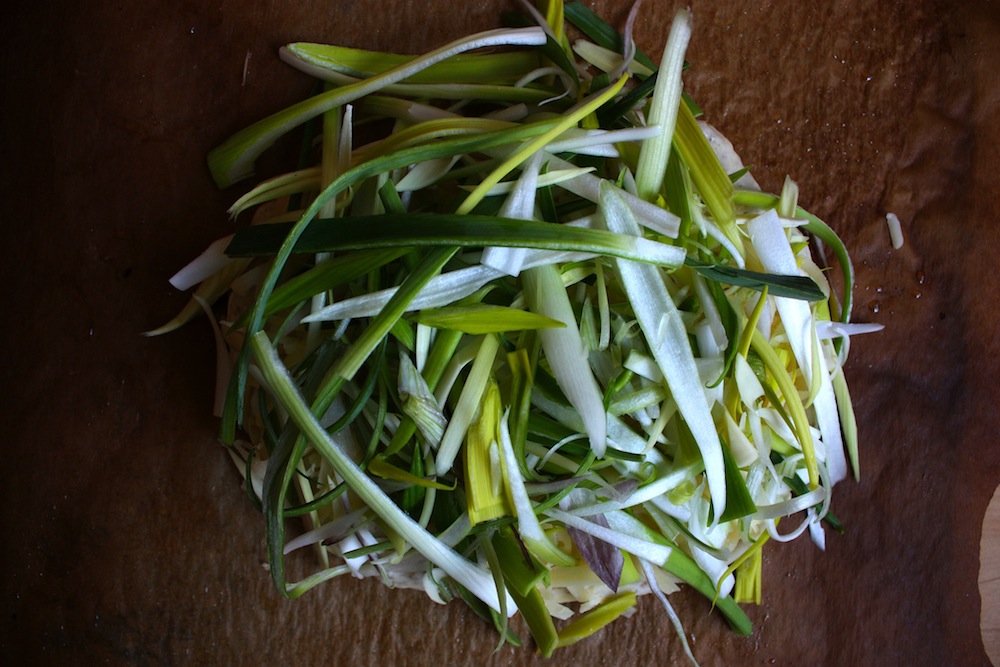 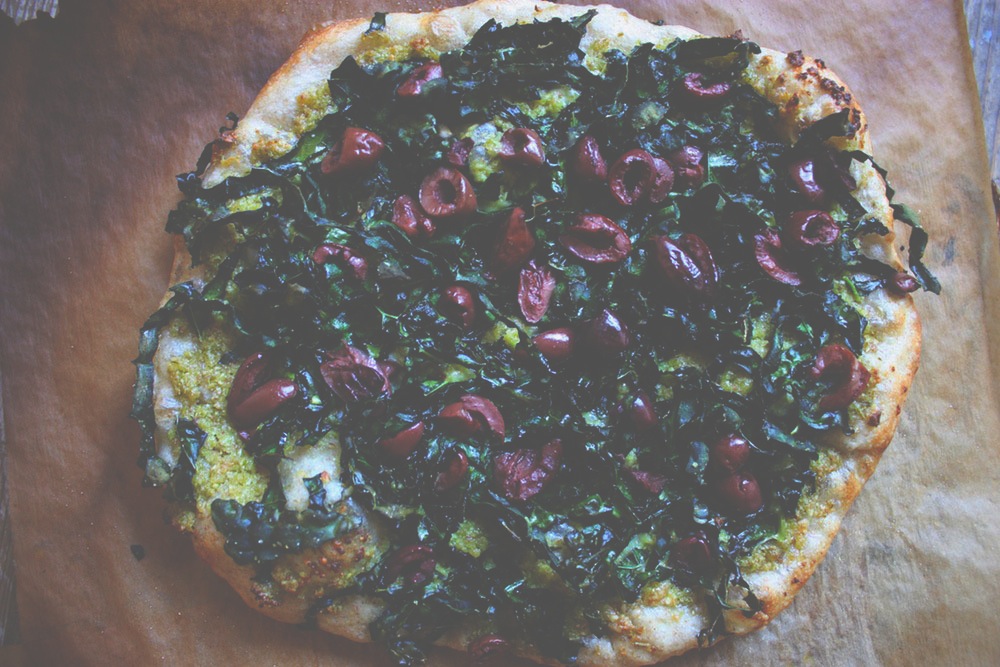 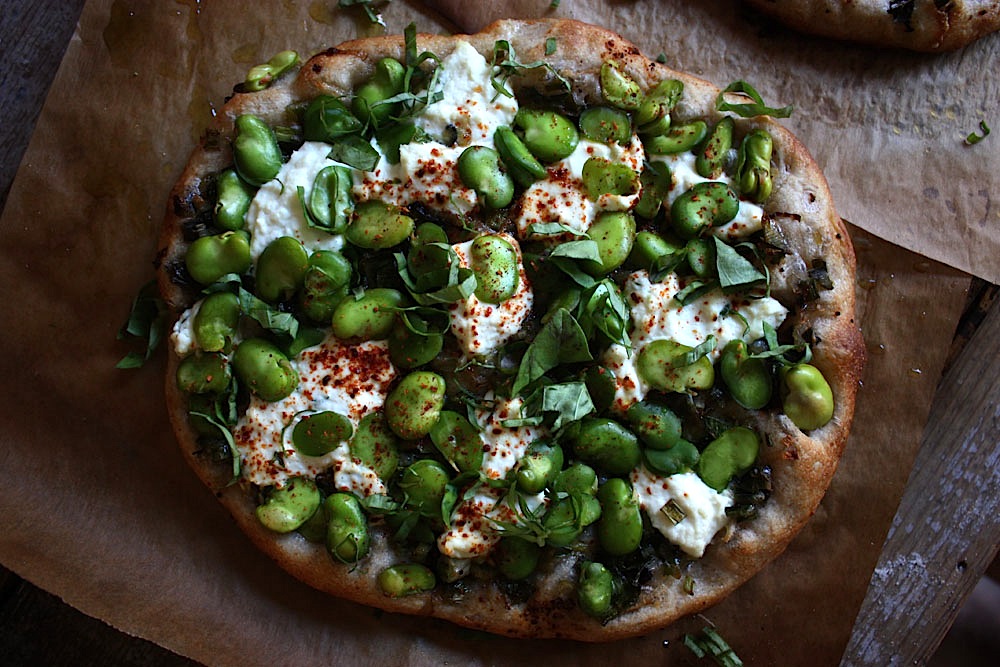 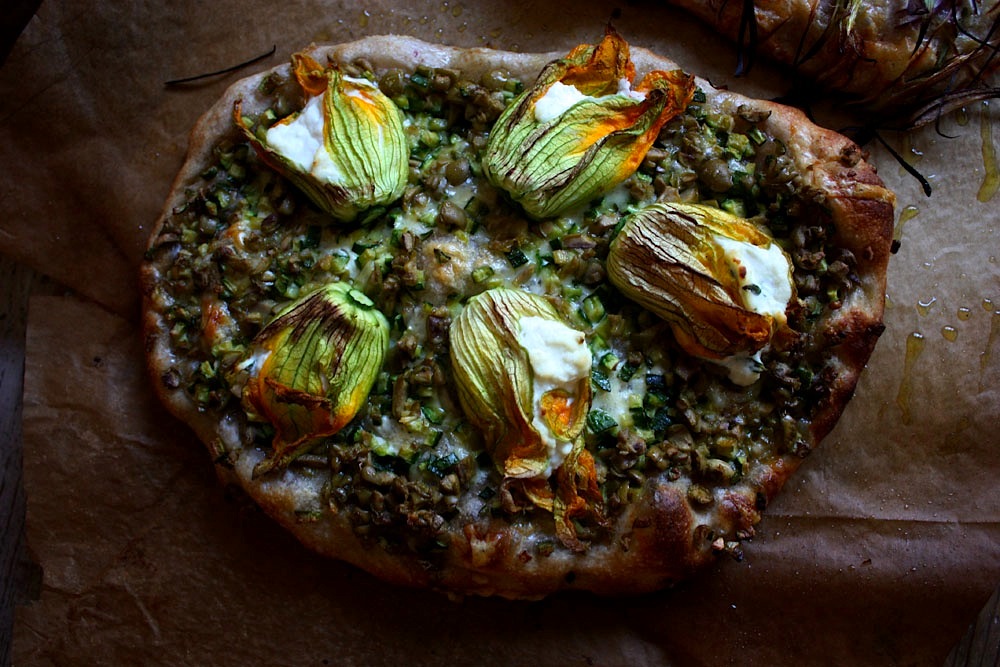 This post has been shared on Susan's Yeast Spotting.
Posted by France at 3:18 PM 16 comments: