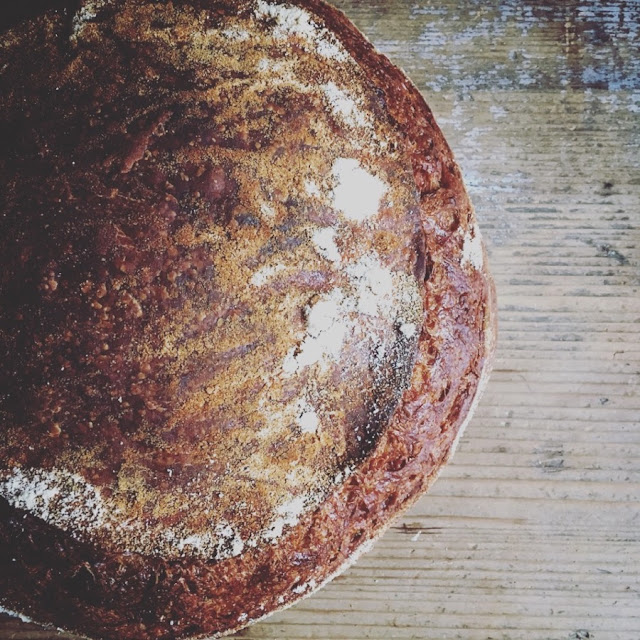 I have so much going on so I am going to keep this brief, but I wanted to do a post so that you could add this to your bread arsenal. If I post it on Instagram, it's bound to get lost.

I'm gearing up for holiday baking season y'all! My boyfriend is moving to a new house in a few weeks and our new neighbors/good friends are cookie monsters, so I'm really looking forward to being in the kitchen loads this year. The new house has a fireplace too, so I anticipate lots of cozy nights around a roaring fire eating sweetie things and celebrating our good fortune. Hooray!

I've been thinking of this bread for a while. Cacio e pepe is a classic pasta dish from Rome. It translates to 'cheese and pepper', so, you can see why this would be as good in bread as it is in pasta. The pasta recipe is very simple and it's always the same: pecorino, parmesan, olive oil, butter and coarsely ground black pepper. I ate a quarter of the round this morning 😳, and man alive! Is it good! The crust is shattery the first day and tender after. The crumb is tender and savory/spicy. This would be a lovely addition to your holiday table. One note: I grated the cheese for this bread. I usually add cheese in chunks, but I find when I do that it creates large holes, which, as you know, I'm not a fan of. I've discovered that grating the cheese keeps the crumb in tact so you can actually use it for sandwiches (OMG. A prosciutto sandwich on this...), makes it über tender, and flavors the bread more evenly.

I have loads to accomplish today, not much new to report, so I will leave you with this week's Roman bread. 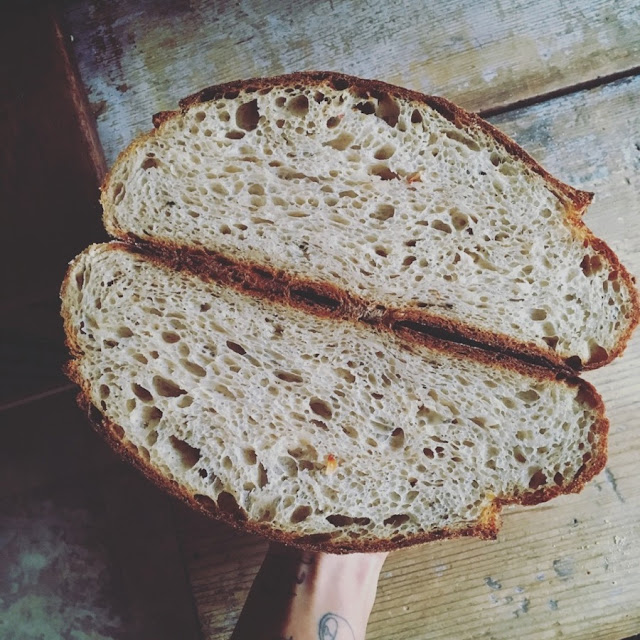 THE DAY BEFORE DOUGH DAY

Ferment for at least 7 or 8 hours.

After the autolyse, squish the salt, pepper and olive oil into the dough so that it is thoroughly incorporated. Time for the 4-hour bulk fermentation, during which time you will perform 3 series of turns. At the first series of turns, fold in the cheese, trying to keep it in within the dough as much as you can to avoid excessive burning at bake time. Do a couple more series of gentle folds within the bulk fermentation. I usually only do a few series for the first two hours, then leave the dough to do it's thing for the final two.  You will know when it's time to stop your turns when the dough really starts to expand. If you fold during the total bulk fermentation, you risk knocking the gasses out of the dough making for a leaden loaf. No bueno.

After the bulk fermentation, scrape the dough onto a worktable that you have dusted with brown rice flour, gather it into a loose round and let it rest for a few minutes.

After it has rested, shape it into a taut boule, and pop it into a banneton or a bowl lined with a linen that has been dusted with brown rice flour (which is what I do). Get it into the fridge and ferment 18 hours.

After the hour preheat, remove the dough bowl from the fridge, place a piece of parchment over the mouth of it, then a pizza peel on top of this, now flip the whole thing over so that the dough ends up on top of the parchment and peel. Remove the linen.

Snip or score the dough, the slide it into the shallow end of the combo cooker. Cover with the fat end and steam the loaf at 500 degrees for 15 minutes. Now turn the oven down to 475 and bake for another 15. After the steam, remove the lid, nestle the shallow end of the pan holding the bread over the mouth of it to create a buffer between the bread bottom and the hot stone (this prevents burnt bottoms), and turn the oven down to 450 degrees. It will be cognac brown because of the cheese, much more brown than you are used to seeing after steam. During the last half hour of the bake, keep your eye on the loaf, spinning the pan for even baking, and you may even need to lower the temp to 425 for the final few minutes because the cheese makes the crust brown quickly. Take the internal temp to 210 degrees. 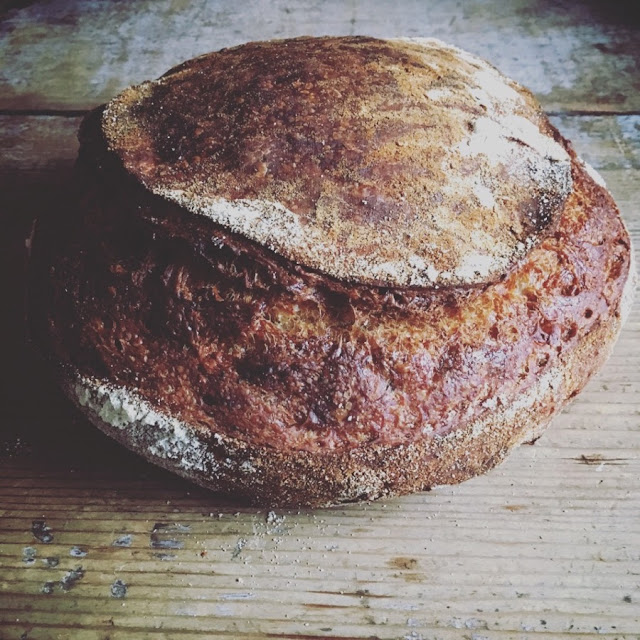 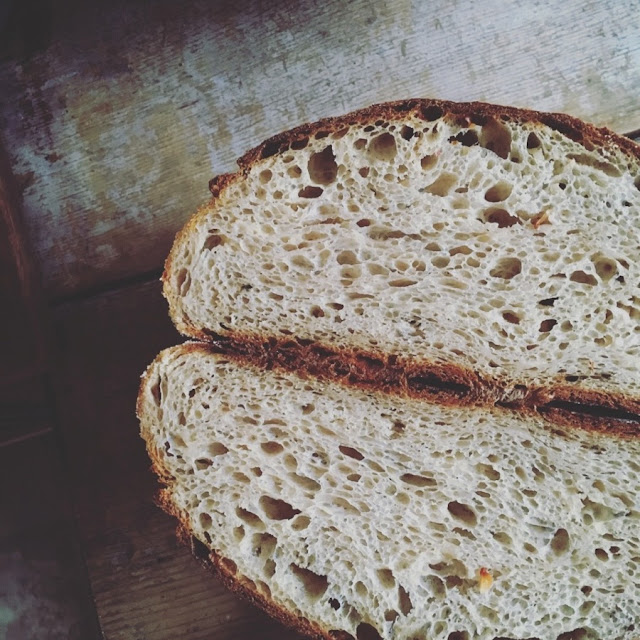